The mission of iNDIEFLIX has always been to use the power of film to create positive change in the world. From streaming extraordinary independent films and directly supporting filmmakers, to helping to bring communities together and helping individuals through our educational programs, we are privileged to watch film change people's lives for the better every day.

The iNDIEFLIX Foundation sits behind all that we do, with the principal aims of reaching underserved communities, giving voice to the unheard and overlooked, and supporting marginalized groups. We'd love to share a few ways that we do this:

We know how impactful and life-changing our education films and discussions can be for young people. We also know that the groups most likely to benefit tend to be those who already enjoy greater resources and access to support, as they are in communities who are able to fund the film programs. To reset this balance, our Foundation funds screenings and discussions for underserved communities, often partnering with other non profits to spread the reach and impact as far as possible. One of our recent partners was The NFL and The United Way's Character Playbook Initiative, through which we screened Angst to thousands of students in public schools across the US, including a discussion moderated by iNDIEFLIX CEO Scilla Andreen that featured NFL stars DJ Chark and Calais Campbell. Other groups that we have recently underwritten screenings for include the PACER National Bullying Prevention Center, Common Sense Media, and both the American and International School Counselor Associations. 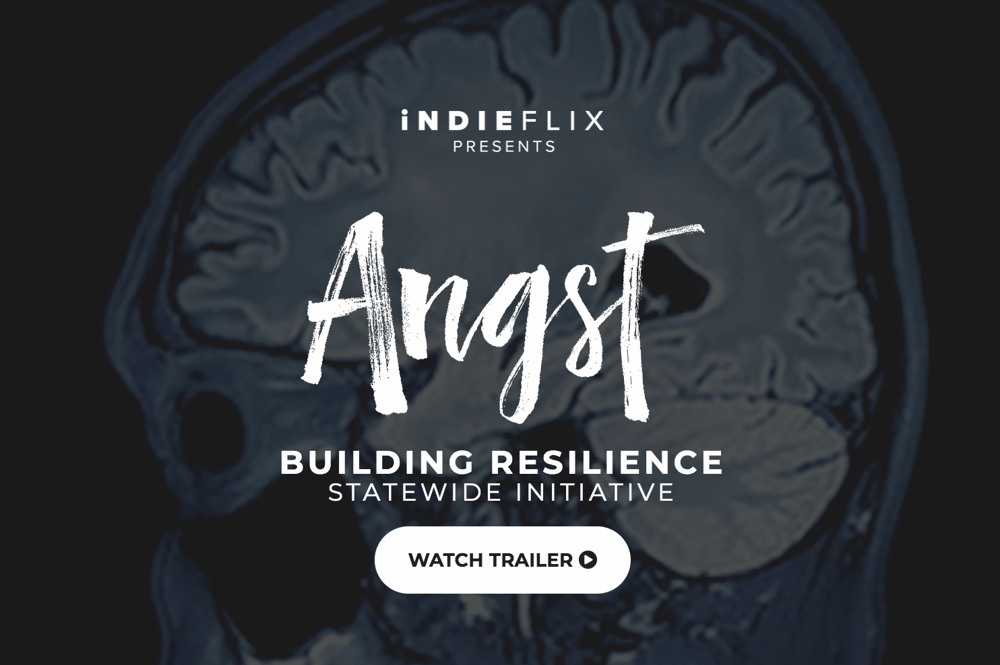 We know that there is so much more work to be done in reaching the millions of young people who are struggling with their mental health without support. So we're thrilled to announce the Foundation's creation and support of Statewide Initiatives, that aim to equitably and cost-effectively provide access to our film programs to every single public middle and high school across entire states. We're starting big, with the screening of Angst to the most populous state in the US - California! - in October. Partnering with The California Department of Education, and other sponsors including Blue Cross Blue Shield, we will be bringing Angst to the millions of students and their families within over 1,000 school districts. Soon to follow is Connecticut, and we are committed to reaching students across as many states as possible, and expanding the films available during this incredibly challenging time for young people.

Giving Voice to the Unseen: Kids In the Spotlight

From December 2020 the iNDIEFLIX Foundation has partnered with the extraordinary Kids In The Spotlight. This non-profit teaches LA County's Foster Youth the craft of filmmaking - from how to write a script through casting, production, filming and editing. Working with industry professionals, these young people learn valuable skills to help them forge a path when they are released from the system and out on their own. Most importantly, the process gives them a chance to work through trauma, tell their stories and often - we seen and heard for the very first time in their lives. The Foundation is proud to support the creation of a Kids In the Spotlight Channel on our streaming platform, where all of their amazing films can be watched, and to co-host live and virtual events that celebrate and showcase the achievements of these inspiring, creative talents. To read more about 'KITS', click here.

RACE is iNDIEFLIX's newest project, currently in production, with a slated release for community screenings in January 2022. Some donations to the Foundation have helped to support the production costs for this ambitious global project, which will open up conversation around and understanding of each of our racial biases, the impact on marginalized groups, and what we can do about it. Such a huge and crucial topic cannot be covered in just one film, and we recognize that some will not have access to a community screening. The Foundation is supporting the creation of an accompanying RACE Series - about twenty 5-10 minute programs that each answer a specific question. From 'what is white privilege?' to 'what is the school to prison pipeline', the series will educate and inspire each person to be more sensitive and more aware of their own 'filters' and  others' experiences. The series will be free to view on demand to all via the iNDIEFLIX streaming platform.