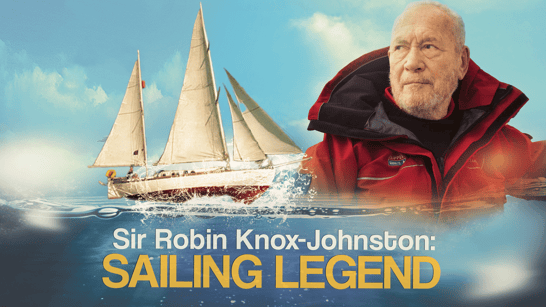 We are so excited to introduce to you one of the newest movies to be part of our streaming platform at iNDIEFLIX, "Sir Robin Knox-Johnston: Sailing Legend"! This movie was brought to us by the amazing team at Caster Studios. @casterstudios is very active on social media, so make sure you check them out and stay up to date on all their new and exciting projects.

For a little back story, "Sir Robin Knox-Johnston: Sailing Legend" was created and produced by award-winning UK-Based company, 1080 Media. Caster Studios, a Texas-based entertainment studio specializing in film and television projects for all genres, has secured digital distribution placement for the feature documentary, including on iNDIEFLIX. In addition to producing original programming, Caster Studios licenses and distributes films and series from various producing partners both in the US and abroad. "We are always excited to establish new relationships with platform partners, like Indieflix, who offer high-quality material to their users" (Caster Studios). So without further ado, let's get into a little description of the film.

"Sailing Legend" explores the story behind Sir Robin Knox-Johnston and his journey to being the first person to sail solo and non-stop around the world as well as how his story has continued to inspire people to live a limitless life, fueled by adventure and curiosity.

Growing up, Sir Robin Knox-Johnston wasn't famous or known which is what makes his story even more compelling. He was an ordinary man with a passion, a sense of adventure and through determination, ambition, and perseverance, he became the first person to sail solo and non-stop around the world.

"Sir Robin Knox-Johnston: Sailing Legend" is now available for streaming through web, iOS, Android, Android TV, Roku, Fire TV, and Apple TV. It is also available on AVO TV, Struum, Amazon Shorts Channel, and through your library account via the Libby app. Happy streaming and make sure to check out Caster Studios for more content like this!